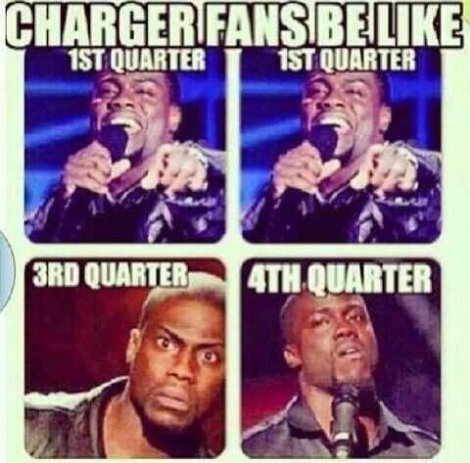 This is pretty much how it feels to be a Chargers fan. I can’t talk shit to anyone, no matter how big the lead or the opponent, my team will in the end snatch defeat from the jaws of victory. It’s as if I’m being punked somehow. I’m in some fuckin reality show where the viewers get their jollies off on the fan’s misery. It’s an embarrassment to the city when you end up on Jim Rome’s morning show for this piece of work at the end of the game.

Now the only player with any common sense on this play is Rivers for kicking the ball away in pure disgust.