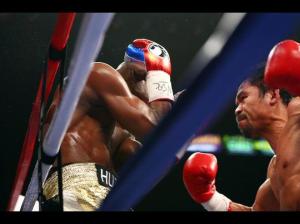 Over the weekend we we all had the privilege of paying $100 to watch the “Fight of the Century”. The fight itself was would NEVER have lived up to the hype. We’re talking about a fight that should have happen 3-5 years ago when Manny was still in his prime, he hasn’t had a knockout since 2009! He just wasn’t the threat he used to be and it wasn’t like Floyd was going to all of sudden turn into a killer and go after Pacquiao with any form of ferocity.

The fight was actually better than I anticipated. The casual fan jumped on bored and made a convicted wife beater and religious conservative a ton of fuckin money. In the end the memes and video that followed were the highlight of the night.